Hyderabad: A team of six birdwatchers identified about 40 different birds in the National Institute of Tourism and Hospitality Management (NITHM) campus here.

The exercise was led by by A Surekha, secretary, Deccan Birders, following an invitation from NITHM Director, Dr. S Chinnam Reddy, to the Deccan Bird Watchers Society to identify the bird species in the institute’s campus.

The team of birdwatchers which also included Shafaat Ulla, Nand Kumar, BD Chowdhary, Shika Chowdhary and Dr. Samuel Sukumar, went around the campus for the exercise and was able to identify about 40 different birds. 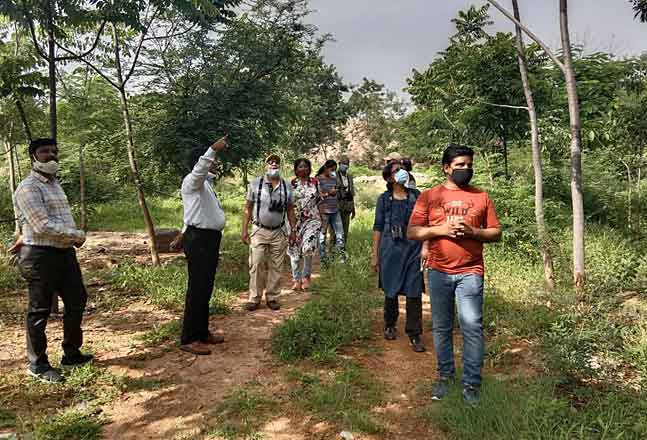 Some of the birds spotted in the campus were, Indian Spot-Billed Duck, Red-Wattled Lapwing and Coppersmith Barbet. Interestingly, the team also identified several species of butterflies such as Common Leopard and Plain Tiger during their visit, a press release said.

The society mentioned that they would document all the species photographed and will publish a manual on ‘Birds of NITHM’. The team members appreciated the efforts of the Director of NITHM in maintaining the green campus, lake and the Miyawaki forest. They also plan to train the NITHM students in bird-watching.